Excerpt of Data Feminism in the UTNE Reader 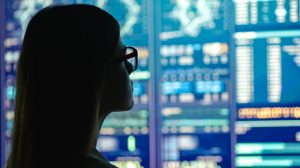 “The act of collecting and recording data about people is not new at all. From the registers of the dead that were published by church officials in the early modern era to the counts of Indigenous populations that appeared in colonial accounts of the Americas, data collection has long been employed as a technique of consolidating knowledge about the people whose data are collected, and therefore consolidating power over their lives.”

Read an excerpt of Data Feminism in the UTNE Reader.